The Oxford Critical and Cultural History of Modernist Magazines, Europe 1880-1940 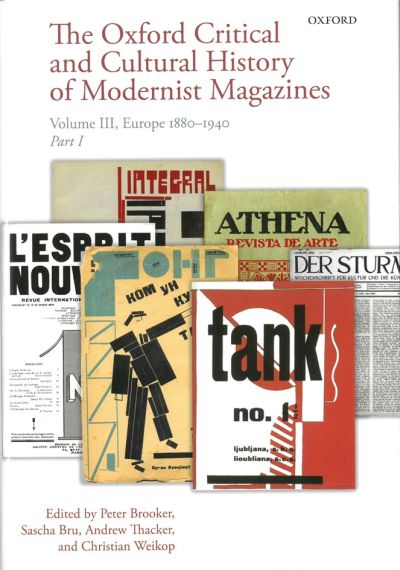 This two-tome book contains fifty-six original essays on the role of 'little magazines' and independent periodicals in Europe in the period 1880-1940. The book demonstrates how these publications were instrumental in founding and advancing developments in European modernisms and the avant-gardes. Its expert discussion of approaching 300 magazines, accompanied by an illuminating variety of cover images, from France, Italy, Germany, Spain and Portugal, Scandinavia, Central and Eastern Europe extend and strengthen the understanding of modernism, avant-gardism and modernity. The chapters combine to elucidate the part played by magazines in the broader formations associated with Symbolism, Expressionism, Futurism, Dada, Surrealism, and Constructivism in a period of fundamental social and geo-political change.